I flew to the space station as quickly as I could…

But when I arrived, I received nothing but static. There was no reply from anyone at the station.

It was too quiet, so I went in to investigate what had happened. 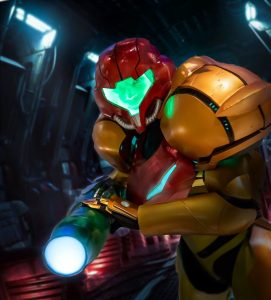 I began searching for any threats or survivors…

But I was too late. All of the scientists had already been killed…

But worst of all…

…the Metroid larva was missing! 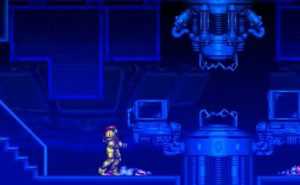 I continued my search hoping to find it still on the ship somewhere.

“I can’t let it fall into the wrong hands again. Where are you?”

Suddenly, out of the shadows… 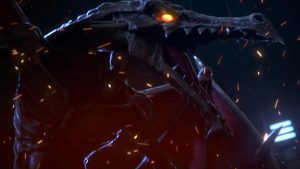 “Fool! You’re too late! You cannot stop the inevitable. This power will always belong to us!”

“Never! This is just the beginning of the end. You and your precious civilization will die here and now, Samus Aran!” 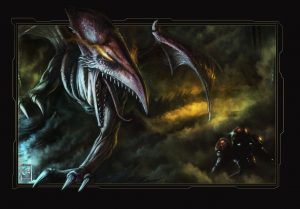 With the fate of the entire galaxy depending on me… 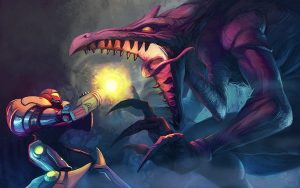 I fought with all of my might against this heinous creature once again.

However, Ridley was just as cunning and sly as ever…

He already activated the emergency self destruct sequence… and so he grabbed the Metroid larva and made his escape.

He boarded his ship and escaped into outer space.

“You are doomed, Samus Aran! There is no escape, you will die here!”

With only seconds to spare, I barely manage to escape with my life.

I then followed him back to our home world, Planet Zebes. I can’t allow the Metroid to fall into their hands once again.

And here we are now, back home again. 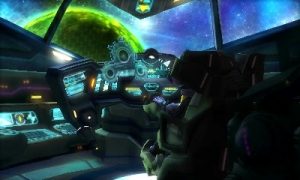 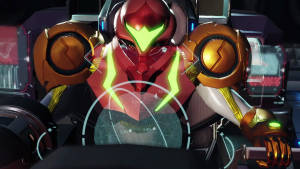 …but in a strange twist of fate, I must now do everything I can to save that child. 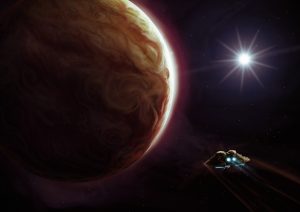